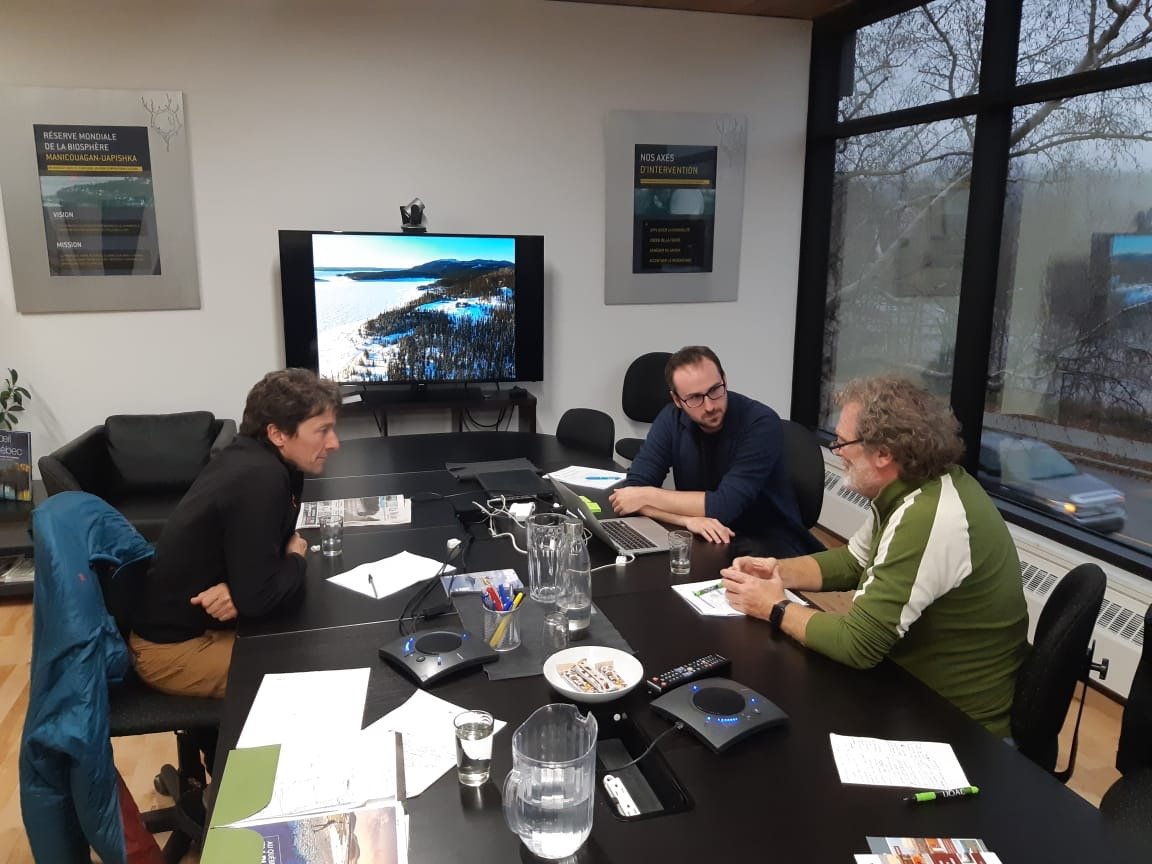 François de Grandpré, researcher and professor of leisure, culture and tourism, is in charge of this mission and tells us about this study.

What is scientific tourism? What can we finally include in this niche?

With researchers from France, Chile and Brazil, we are trying to find a consensual definition. Basically, it is the use for tourism purposes of the work carried out by researchers on the territory that is visited.

How did this interest come about and how is it marked on the North Shore?

Five or six years ago, I was at a conference where one of the communication was on scientific tourism in Patagonia. It showed why scientific tourism is particularly interesting for the development of tourism in an extreme territory, at the end of the world. By comparing the characteristics of the territory, there seemed to be very important similarities with Northern Quebec; in terms of the landscape, especially of the Lower North Shore, the challenges and the difficulties that there are to make the tourism of remote destinations. That seemed to me very close to what we were experiencing here.

Then a combination of circumstances made possible a cooperation project between Quebec and Chile (from the Ministère des Relations internationales et de la Francophonie of Quebec). After four years, we are at the end of this exchange and there are scientific articles in production. It is interesting to make a practical application of this tourism in a territory of the extreme and we proposed the idea to Tourisme Côte-Nord. There will soon be a small section on scientific tourism in the guide; it is a start.

We are trying to identify the possibilities of scientific tourism. There are many researchers in our region, for a long time, for centuries.

But what is the practice that exists now? I am thinking of the practice of observing animals, whether in the water or in the forest?

Yes, there has always been scientific tourism on the North Shore, but it was not clearly named as such. The observation of marine mammals is exactly that, they are associated with research centers. There are about ten sites that would be ready right now to advertise themselves as scientific tourism.

Can you give us some concrete examples because the spectrum seems wide, it is geology, archaeology, history, astronomy?

Yes, that’s it. On the North Shore, for example, there are over 1,400 archaeological sites. The unifying element is not so much the discipline, but the construction of knowledge by researchers on the territory to be visited. We will not talk about research that is done outside the North Shore.

Several are already doing it, whether it is Parks Canada, Anticosti, with its file of recognition as a UNESCO World Heritage Site, several researchers have argued the importance of geology and forestry among others.

There is the Manicouagan-Uapishka Biosphere Reserve, the Pointe-aux-Outardes Nature Park. Hydro-Quebec also does industrial tourism; we will have to see how this can be linked to scientific tourism. We are talking about monitoring, for example.

A woman from Rivière-Pentecôte told me about researchers who have just finished a study on glacial lakes. And another one was talking about a salmon run where they are doing a census. That data collection is being transferred to researchers who are doing a follow-up, and this is from the 1980s. It’s interesting because you can involve the visitor in that kind of data collection.

Research becomes a product? It is no longer nature or culture that is the appeal, but the fact that there is ongoing research ?

We prefer to use the term “resource” to be transformed into a tourism experience. This can take the form of a guided tour at Hydro-Québec. A whale watching tour with scientists; where the tourist actively participates in their research. There are as many pairs of eyes on the boat as there are tourists on the boat, they are able to help the guide locate and identify marine mammals.

There is a great gradation, it can be very light participation in research; simply being exposed to research results or participating in data collection. But we can also imagine archaeological research where we do scientific eco-volunteering, with several days on a site to participate with a team in place.

What are the questions that one must ask oneself when one wants to be part of this new scientific tourism on the North Shore?

First of all, we must have an interest in developing in this direction, but also that we are in contact with researchers who bring interesting things that we could use in interpretation centers or insert in the speeches of the guides and, if possible, make the visitor participate.

There are some who are already compatible with scientific tourism. Then there are people who have an interest in science, such as the case of glacial lakes, where researchers from the University of Strasbourg have just completed their study. They will soon produce an article. But they are not yet ready to launch themselves, to create an organization, to have specialized guides. There is a first phase with those who are ready and a second phase will come with those who show interest and who could contribute to this positioning.

Scientific tourism will not revolutionize tourism on the North Shore, but it is a new opportunity that can be developed.