The area of the General Carrera Lake – Lake Buenos Aires has a great patrimonial heritage. Giving it value has been one of the key aims of the tourism stakeholders of the area called “Chelenko Territory”. However, the name “Chelenko” that is given to area in 2008 is a regional creation. Several studies question whether it is or not an ancient name of Lake General Carrera / Buenos Aires. For this reason, the Conicyt fund “Realting Science and Businesses” carried out by the Universidad Austral de Chile and the Patagonian Ecosystem Research Center (CIEP) proposed to study its genesis from scientific perspective. By means of multidiciplinary approche of specialists in geology, physical geography and social anthropology, the participatory study reveals how a “imaginary geography” is constructed in Aysén. This social area, called Chelenko, is forged from geomorphological realities but shaped by social and affective bonds of its inhabitants and visitors. It is hoped that this work will help the community in general, and the tourism providers in particular, to deepen their knowledge of the sector in order to offer higher quality experiences to the visitor. Fabien Bourlon, coordinator of the INST Network and researcher and doctor in geography at CIEP, emphasizes that “the construction of cultural and tourist attractions is the result of both physical and social processes… it is necessary to study the dynamic reality of geographic representations in a participatory manner in order to understand how we come to perceive reality at present”. 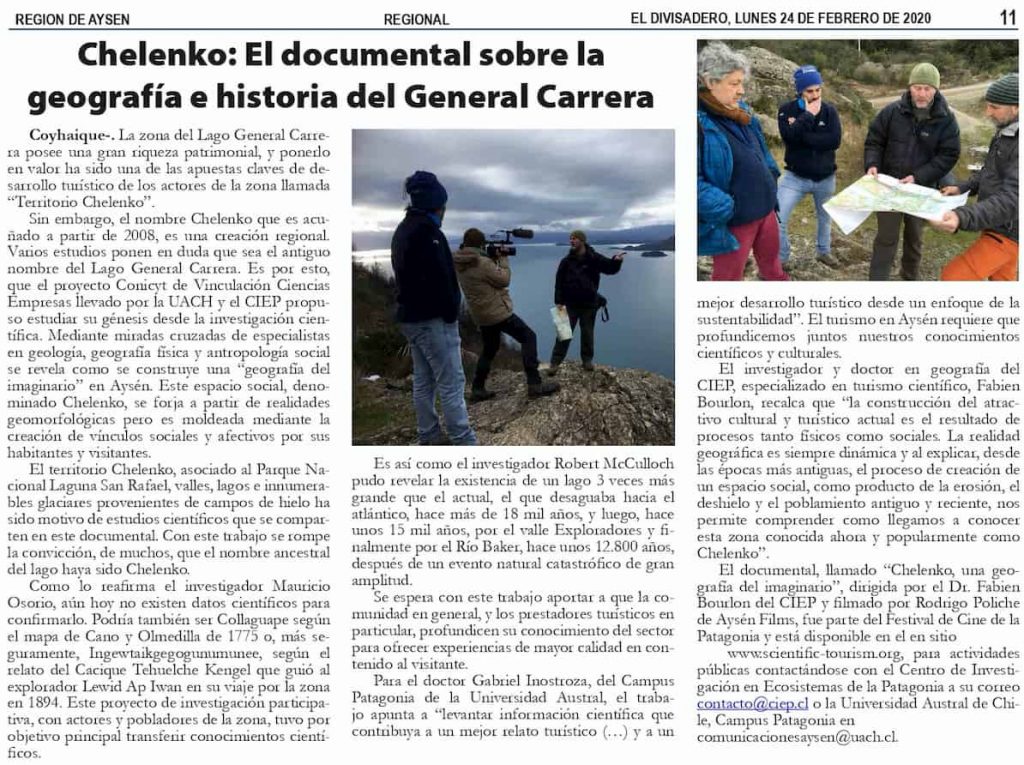