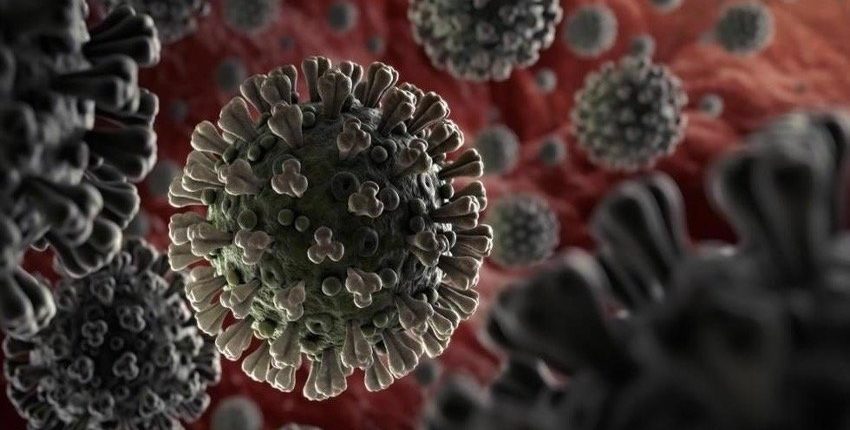 Note by Fabien Bourlon, Geographer of the CIEP.

Several studies have shown that COVID 19, like SARS in 2006, was transmitted to humans through a wild animal. Covid-19, or the new coronavirus, has never before been identified in humans.

Professor Gozlan of the Institut de Recherche et Développement in Montpellier, France, states: “The lower the biological diversity of animals, the greater the risk of transmission from animals to humans. This is because an animal population that carries an infectious agent, such as a virus, has several ways of containing that virus or will develop a genetic diversity resistant to different infectious strains and will therefore be less easily transmitted.

If populations are reduced and genetic diversity is lowered, we reduce these natural resistance phenomena. In other words, the more diversity we have, the more we dilute the infectious effect of certain pathogens.  As an example, the case of the parasitic disease called bilharzia (Schistosomiasis), where a small intestinal worm infects humans through a small snail. If we have a great diversity of small snails, some species carry this worm, but are not prone to transmission to humans. Therefore, the more species, the more this worm will spread to animals other than humans. Professor Gozlan states, “We realize that with much greater diversity, we can reduce this disease in humans, which affects 200 million people worldwide. The importance of biodiversity lies in individuals absorbing and diluting the infection within communities and thus making it less transmissible to humans.

This intake of wild animal protein is very important in China, it was due to famine issues in the 1950s and then it became a cultural habit. Wild animal breeding farms are very numerous in Asia and respond to a local demand for this food. They are valued for uses in traditional Chinese medicine and to satisfy certain fashions of the wealthy classes. The number of civet farms (Paradoxurus hermaphroditus) has exploded in recent years in countries such as Indonesia, Viet Nam, China and now Thailand to produce “civet coffee” (or kopi luwak), harvested from the excrement of the animal, which feeds on coffee cherries.

Studies have shown that the SARS and Ebola outbreaks were directly linked to consumption of meat from infected wild animals. There are links between hunter-gatherers in the forest and the arrival of bat contamination in the population.  Wild animals often serve as a gateway to “humanize” viruses and other pathogens, as demonstrated, and warned, by scientists Cheng, Lau, Woo & Yuen (University of Hong Kong) in 2007, there was a “magnification effect” with the first SARS coronavirus, in 2002, according to studies, passing from a civet (or musk cat) to man. The Sea Coronavirus, produced in the Middle East in 2012, was transmitted through the camel.

For a long time we have interacted with non-human primates that have “given” us various infectious diseases: malaria, yellow fever, dengue, zika and chikungunya (spread by mosquitoes). Other viruses are associated with rodents (Lassa fever, monkey pox), bats (Ebola, as well as, Hendra), birds (H5N1), among many others.

In the case of Covid-19, in the Wuhan market, there were wild animals caged, concentrated in a gigantic market and in extremely stressful conditions. When an animal’s immune system fails, its pathogens mix with human populations. The consensus, for the moment, seems to be that a bio-incubator species, the bat, transmitted the virus via the pangolin to humans.

The destruction of the natural habitat displaces wildlife into human populations

Serge Morand, health ecologist and director of research at CNRS and CIRAD, France, and professor at the Faculty of Tropical Medicine in Bangkok, Thailand, says, “The coronavirus crisis is an ecological crisis. He highlights the link between the destruction of biodiversity, intensive livestock farming and the explosion of infectious diseases, which forces us to urgently change the current agricultural model, in order to avoid new health crises. Genetic diversity in nature and agriculture must be preserved to avoid the multiplication of pandemics. Although a country with a lot of biodiversity is a source of infectious diseases, it is the destruction of biodiversity that increases the risk of epidemics. If we deforeste or urbanize wild animals, they lose their habitat and we encourage their contact with wild animals and humans.

Humans are clearing more and more land and forests and this is displacing wildlife, as is the case with Nipah, a virus in Malaysia, where bats went to another island and fed on fruit trees grown by human populations.roads and developments in forested areas are encouraging an increase in the number of these infections.

Clearing forests and eradicating native species to limit epidemics is not the solution!

Serge Morand says, “It’s the opposite of what should be done! It has been observed that the number of infectious disease epidemics correlates with the number of endangered bird and mammal species per country. Biodiversity-rich environments, with mosaics of habitats, diversified agriculture and forests, help reduce the transmission of zoonotic diseases and are more resilient. Pathogens are certainly numerous, but they circulate locally and are distributed in many species, not easily spreading from one place to another and from one species to another, so there is no risk of major epidemics. This is called the “dilution effect”. Whereas, if the environment is changed and the number of species is reduced, the amplification effect is totally effective.

In the case of temperate countries there is Lyme disease, which is transmitted by a tick. Serge Morand said, “It has been shown that the disease is less present in the American states, where the diversity in small mammals is greater. In places where ecosystems are preserved or restored, there are a significant number of mammals, some of which are ‘dead-end’ species that do not transmit the disease, which ‘dilutes’ the risk of infection. “Eliminating species, especially those that are ‘non-competent’ for the bacteria, promotes encounters between ticks and ‘competent’ or ‘host’ species, thus facilitating transmission to humans.

If foxes, predators of “host” rodents, are slaughtered, the rodents swarm and the passage of diseases to humans is encouraged. Especially if we multiply intensive breeding, where animals of one species are concentrated, without genetic diversity.

The domestication of animals promotes infectious diseases. This has been the cause of our main diseases of this type, such as measles, mumps, rubella, smallpox, flu, etc. Rats “gave” us typhus, plague, hemorrhagic fevers or recently leptospirosis. All these animals close to humans can serve as gateways and “amplifiers” for the pathogens and parasites found in wild animals. An example with birds, domestic ducks serve as a bridge for influenza viruses from wild ducks and the virus becomes humane.

The fact that the viruses, which so far have remained in the bats of Asia, reach humans is new and is directly related to their loss of habitat, which brings them closer to domestic animals. The example of the Nipah virus, which emerged in 1998 in Malaysia, is emblematic, where the bat’s habitat in Malaysia was transformed into oil palm plantations. As a result, the bats sought new territories and food sources, moving close to pigs that were being raised for export. The Nipah virus then passed through the pigs and infected humans, including slaughterhouse workers in Singapore, killing 140 people in total.

For Serge Morand, “since 1960, humans, animals and plants have suffered an ‘epidemic of epidemics'”. Every year there are more and more epidemics, more and more different diseases, which are spread among countries, and thus become pandemics. What is changing, and creating the conditions for their explosion, is the combination of three factors: the loss of biodiversity, the industrialisation of agriculture – which accentuates this loss – and an explosion in the transport of goods and people. Landscapes have been simplified, monocultures have multiplied, industrial breeding and air and sea trade have increased, by 1,200% between 1960 and 2018! Thus, an epidemic “bomb” has been installed. This is a major challenge for public health systems, which must be prepared for anything, like Covid-19, when it was totally unlikely that a virus that was quiet in November in a bat population somewhere in Asia would find its way into human populations around the world four months later.

Mistaken responses to the current health crisis must be avoided

In Thailand, in response to the H5N1 avian influenza virus, local chicken breeds were massively slaughtered and replaced by genetically homogeneous breeds resulting from agro-industrial research. This was the policy promoted by the Food and Agriculture Organization of the United Nations (FAO) until recently. Since then, at the beginning of the 20th century, 30% of chicken breeds and 20% of pig breeds have disappeared. This is a vicious circle, because we know that high genetic diversity protects against the spread of pathogens.

What can we do about it?

We must encourage collaboration between scientific disciplines, human and animal health, agro-ecology, geography and the environment. Doctors, veterinarians and environmentalists must work together, as well as government officials and political scientists, so that other epidemics do not become health crises. Serge Morand insists, “To avoid new crises, such as the coronavirus, which is an example of an ecological crisis, it is essential that our leaders understand that health, and even human civilization, can only be maintained with functioning ecosystems. That there are global limits that must not be exceeded, otherwise it will be turned against him. To do this, we must preserve biodiversity by rethinking agriculture”. One way is to help farmers return to their ancestral practices by developing agro-ecology, eco-grazing and agro-forestry. We need to recreate a healthy ecosystem and social links in order to fight climate change. We need to revalue the profession of farming, according to its cultural diversity, to be able to consume quality food and to avoid new health crises. Serge Morand concludes “It can be done”, we just have to want to make the effort to change from intensive production modes to modes inserted in their territories.

A participatory research in Aysén : an Imaginary Geography in Aysén