– Definition of Science Tourism: an activity at the interface between the creation of knowledge and its dissemination through a formal mediation process?
– What is mediation for Science Tourism? What is mediation, how and why, and how to support the research process?
– The selection of scientific topics: for what and for whom? What are the prioritization mechanisms?
– Is it necessary to “certify” which are the Science Tourism activities or should we keep an open mind and accept a wide variety of initiatives that combine tourism and science?

– The combination of Tourism and Science is positive and can be a relevant vector for the cultural and economic development of isolated, fragile or emblematic areas.
– It is possible to establish viable dynamics that associate research projects with recreational activities with local organizations and actors who wish to participate in them in a playful or educational way (examples in France are projects such as the “Sentinel Shelters”, the “CREA Mont Blanc”, the “Jardin botanique du Lautaret”, among others).
– It is desirable to maintain a broad definition of the concept of scientific tourism, but to insist on the process of seeking knowledge (PS).
– It is important to consider the transmission of scientific and technical knowledge (IA).
– A scientific tourism project should include (FB):

1. “a scientific subject or object chosen by researchers (according to the interests of local stakeholders)
2. “local actors involved in a research process
3. “local capacities to create dynamics of discovery (journeys) and participatory research

– Formalize an International Science Tourism Network.
– Create a website (scientifictourism.net or scientific-tourism.org) with partners working for the promotion of the concept and the projects of the other participants (FB). The objective will be to create the framework for action, share elements of conceptual reflection and show examples of actions that are part of the field of scientific tourism.
– To resume exchanges with a meeting in 2019 ; ” 2nd international meeting on scientific tourism “, a symposium or congress, with scientific communications and themes allowing the subsequent publication of a book.
– Provide spaces for university training (example of the Algarve University training “Mediterranean Flora in the Algarve, Tourism Economics and Protection Strategies” (CH). 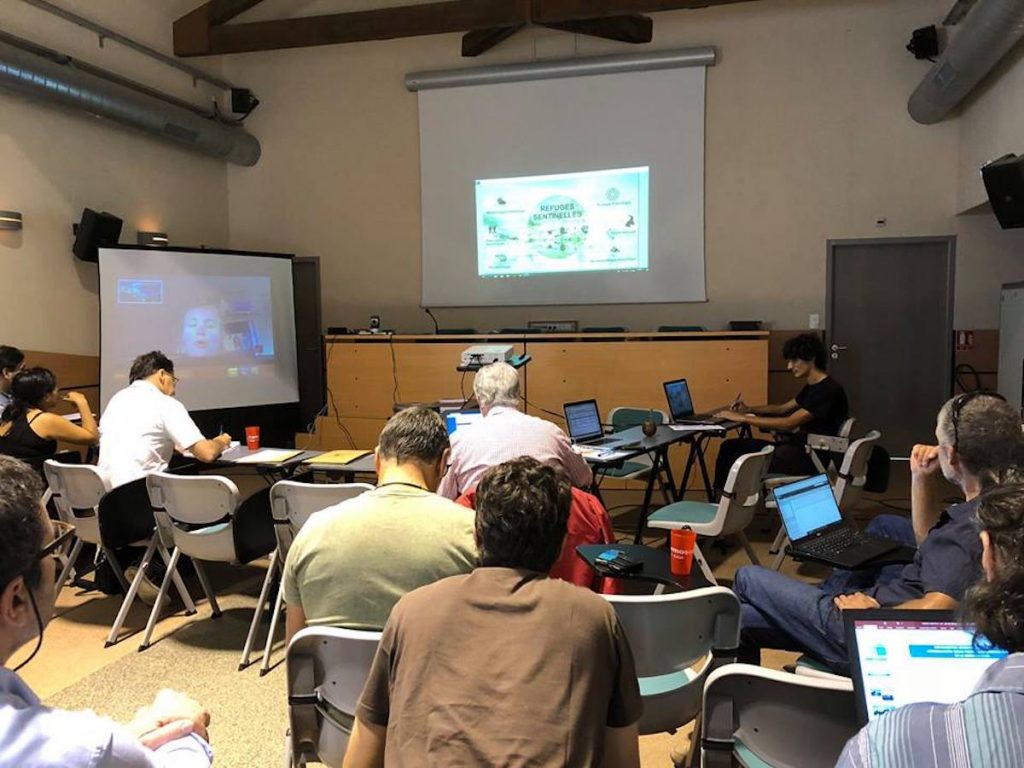 Points of reflection proposed by participants